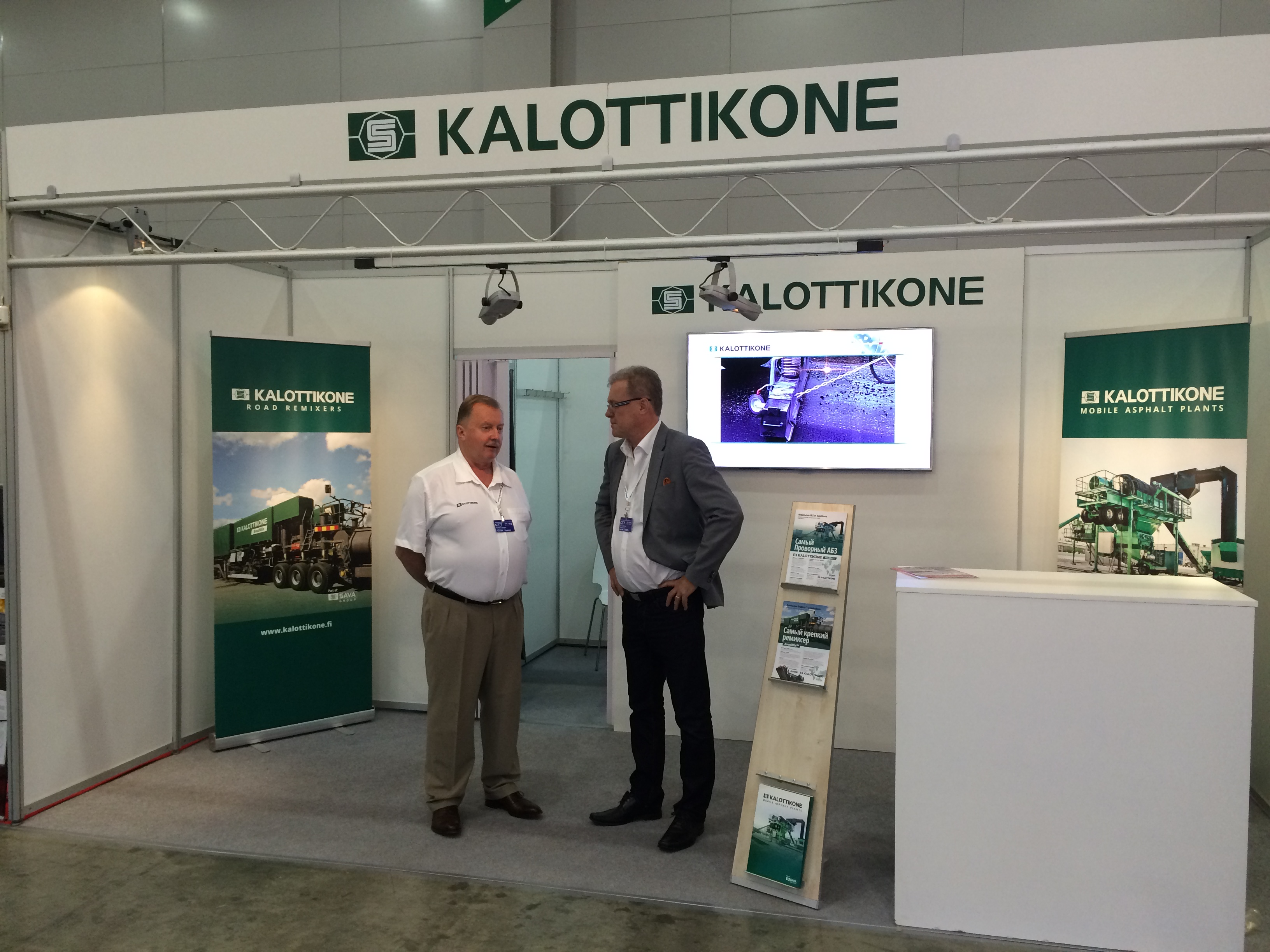 CTT Moscow exhibition was held during 31st of May – 5th of June 2016. Atmosphere at the exhibition was positive, however financial challenge regarding weakening ruble was one of the topics among European importers and manufacturers.

Kalottikone Ltd has joined CTT several times in its history. Russia has been and is one of the most important market area, and customer relationships are strongly bonded. It is obvious that business in general to Russia is more difficult than two years ago, also because of some sanction issues, but mainly because of weakening value of Ruble against Euro.

It was also told that high interest rates are now somewhat decreasing the willingness to invest, and companies are having rather modest view of future growth in short term. Positive thing is that there are massive road pavement projects in Russia, and the competition is high to win these cases.

From Kalottikone’s perspective, 2016 CTT was more compact than last year, regarding exhibitors as well as visitors. One of the reason may be that BAUMA 2016 in Munich was held in April.